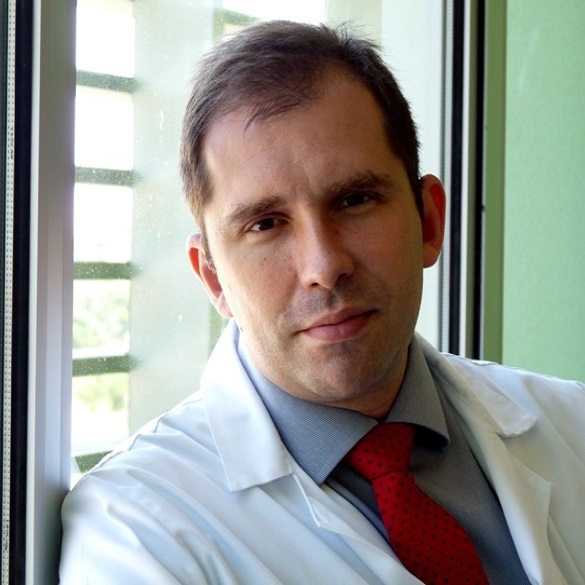 Dr. Moradiellos has more than 15 years of professional experience as a specialist in the field of thoracic surgery, lung transplants and research. In the academic field he has published more than 50 national and international scientific papers in journals of impact and more than 100 participations in scientific conferences with original and invited papers, being a member of the most relevant scientific societies. He has authored or co-authored more than 30 chapters of books and monographs, and has directed several international workshops. His research experience has been mainly in the field of thoracic oncological surgery and lung transplantation, with several research projects funded.

In 2009 he performed the first exvivo pulmonary perfusion of human lungs from donors in uncontrolled cardiac arrest (Maastricht Type I) and in 2011 the first portable exvivo pulmonary transplantation (OCS System) that allows human lungs to be operated outside the body, while they are transferred to the implanting hospital. He has been the principal investigator of the international multicenter trial INSPIRE on portable lung perfusion.

In 2013 he was awarded the “Excellence in Research” prize by the Foundation for Biomedical Research at the Puerta de Hierro Majadahonda University Hospital. In 2015 he performed the first robotic lung resection in Spain, leading, since then, the activity of robot-assisted thoracic surgery in our country. In 2016 he was awarded the “Prize for innovation and progress in the field of pneumology and thoracic surgery” by Neumomadrid. He has been included in Forbes magazine’s list of the “100 best doctors in Spain” for the last two years 2018 and 2019.