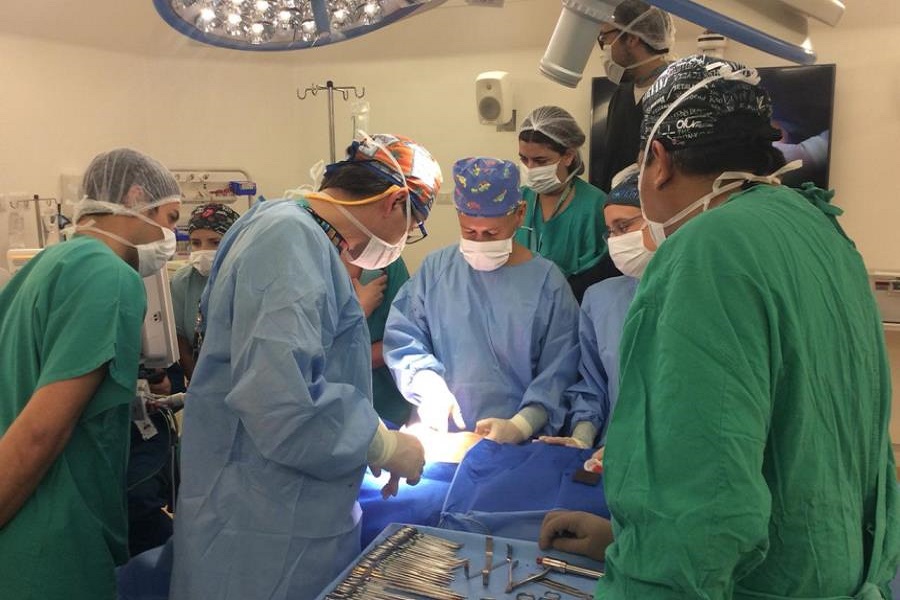 Another Latin American country starts its path with the new Pectus Up surgical method meant to improve the quality of life of patients affected by Pectus Excavatum.  Hospital Dr. Exequiel González Cortés, site of the first Pectus Up in Chile, is a pediatric educational assistance center belonging to the Public Network of the Southern Metropolitan Health Service of Santiago de Chile.

The Pectus Up is an innovative extrathoracic surgical method, developed by Ventura Medical Technologies, whereby the sternum is lifted by means of an implant and the sunken shape of the thoracic cavity is restored by using a minimally invasive technique.

The company that will make it possible for the new procedure to reach many hospitals in Chile is Pectus Chile, the official Pectus Up distributor, whose general manager is Mr. Jorge Espinoza.

Dr. Patricio Herrera Oroz is the first surgeon to operate on a patient affected by Pectus Excavatum with the Pectus Up in Chile. Herrera is a pediatric surgeon and has more than 15 years of experience in this area. He is currently a staff doctor of the Pediatric Surgery Service in the Clínica Alemana de Santiago and in Hospital Exequiel González Cortés. He is also a member of the Chilean Society of Pediatric Surgery and works as a professor at the University of Chile. He has made improvement stays in Buenos Aires, Argentina, and Toronto, Canada, specializing in thoracic and tracheal surgery for children.

Throughout his professional life, he has developed the learning of treatments that include the solution to congenital defects and malformations, such as Pectus Excavatum and Pectus Carinatum, among other disorders.

His experience and his interest in the minimally invasive approach of these diseases have led him to know and to be trained in new surgical techniques, such as the extrathoracic method of Pectus Up, in order to offer the best solution to children and teens affected by Pectus Excavatum.

This country takes the number of Latin American countries to three -Colombia, Mexico and Chile – that rely upon the Pectus Up as an innovative alternative to the traditional treatments for the Pectus Excavatum.