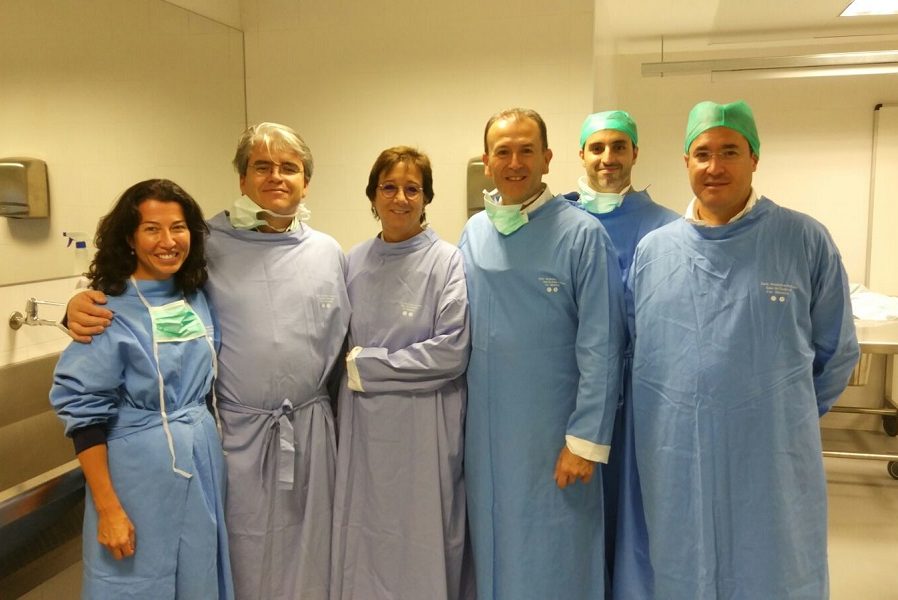 Specialised surgeons in Pectus Excavatum treatment, along with Ventura Medical Technologies distributor in Colombia, visited Barcelona to take part in a training workhsop on Taulinoplastia.

Dr. Carlos Alberto Rodríguez Sabogal and Dr. Fernando Fierro Ávila have participated in the training workshop to acquire necessary skills for the use of the Pectus Up Surgery Kit in extra-thoracic treatment for patients affected by Pectus Excavatum.

Dr. Rodriguez is a specialist in thoracic surgery in Hospital Militar of Bogotá and Clínica VIP, and was educated in Universidad de El Bosque. On his part, Dr. Fierro is a specialist in pediatric surgery in Fundación HOMI, Fundación Santa Fe de Bogotá and Clínica Infantil Colsubsidio, and was educated in the Universidad Nacional de Colombia.

These workshop activities were held in different cities from the province of Barcelona, consisting in several theoretical and practical sessions, both in hospitals and universities, and in Ventura Medical Technologies’ own facilities.

With these training sessions and after INVIMA Medical Device Direction resolution, adopted last month of June, whereby the health registration was granted to market the product in Colombia, patients affected by this thoracic deformity may be treated with the Pectus Up Surgery Kit and take advantage of this innovative technique, easy to implant and minimally invasive, named Taulinoplastia.

With Taulinoplastia, the patient will suffer less pain than with other current techniques, will require less hospitalization days and will show a quick recovery, since the chest cavity is not invaded during the surgery.